A complete ‘Wrecked’ session consists of a video based personal story of an incident involving the road, overlayed with illustrative motion graphics. This is then followed by a guided and provocative ‘peer to peer’ discussion. The discussion is structured to explore blame allocation, consequences, decision making and social impacts. The session ends with a plenary for the group to explore how the event could have been prevented.

There are currently over 90 stories to choose from, covering a variety of topics such as; Drink/Drug Driving, Speeding, Peer Pressure, Reckless Driving and many more.

The resource is currently used across the UK and Ireland by Teachers, Police, Fire Service, Ambulance Service, Road Safety Officers and Youth Workers. It is also used in Prisons, Driver Improvement Schemes and in Theatre in Education. ‘Wrecked’ has been distributed and successfully delivered in most regions of the UK and across the whole of Ireland.

It continues to expand due to it’s constant success. Along with great feedback from road safety authorities the resource was nominated for a National Educational Resource Award (ERA).

"Most young people reported that they found Wrecked useful and informative. They said that the resource had changed how they thought about the risks of driving, and would improve their driving behaviour."

"The Wrecked resource has improved the Road Safety Education we deliver and how we communicate with young people. The high quality digital effects bring a new dimension to stories, which is something young people expect now in this digital age."

"Depending on how you devise your lesson, and who your client is, once you show the clips, they can stimulate your audience enough to generate debate that just runs and runs."

"The Wrecked resource is one of the best I have used with young people as it really engages groups and creates a positive dialogue within each session." 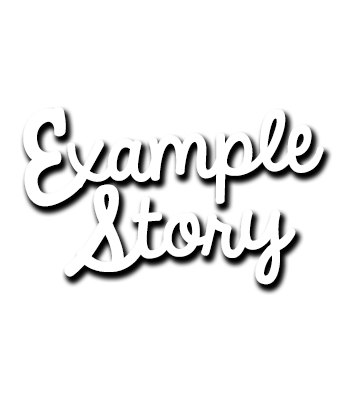 We cast actors rather than using ‘real people’ for the films. The stories are based in reality but we need actors to ensure the performances are not too stale. It is a fine line between being truthful and being interesting.  As each version of the resource is bespoke to particular regions, we cast in each area of the country appropriately.
We film the actors against greenscreen so that we can replace the background with a neutral colour which we then overlay with animated content. We have filmed against greenscreen in a local studio, in our own inhouse facility and with our mobile facility in Ireland.
To create the animation which accompanies the stories we first brainstorm which bits of dialogue are key to the message and how these can be visualised in an interesting way, to reinforce what has been said.  An illustrator then converts these images into line art. We then take this line art into 3D software to add a coloured glow and then composite over the top of the filmed footage using post production software.
Combining our creative skills with the knowledge, expertise and insight of government agencies, councils and educationalists has been a fantastic partnership.  We’ve learned a great deal from projects like this which we take into the development of our television and commercial properties.
1
1

We worked with BBC news anchor Dominic Heale to produce a news report which tied into two other ‘Wrecked’ stories. The news report helped ground the stories in reality.

The Wrecked brand is being used across all forms of communication, bringing together all elements in one cohesive package. There is more to the Wrecked brand than the logo. Many visual, strategic and format guidelines help to align all of the 90+ stories and support material used across the UK and Ireland.mmentsents

Wrecked is accompanied by a comprehensive discussion guideline booklet to support each individual story. The story alone is only a jumping off point and doesn’t really pay off within a class room scenario until fully discussed, debated and agreed upon.

We created a website which acts as an online catalogue for all the content including the stories, discussion guidelines, lesson plans and factsheets. By putting all the content in one place it allows councils to pick and choose the content they require. Stories can be used straight from the website as ‘off the shelf’ purchases or can be re-filmed to feature accents and locations relevant to the region required.

We created the website in-house using a bespoke UI which makes the user experience really straightforward. The website itself can be bought and re-branded so that clients can house their own content and monitor usage etc.

Each council required different issues to be addressed. The beauty of the resource we’ve developed is its flexibility, allowing us to tailor content to the client’s needs. 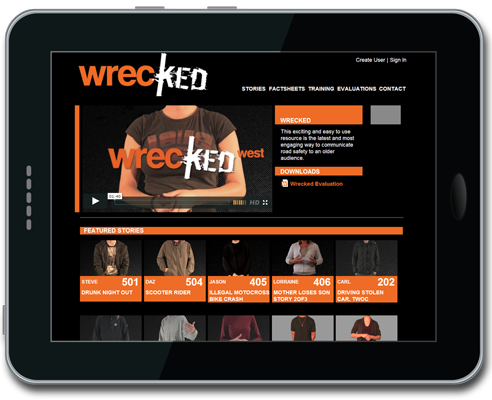 OTHER CASE STUDIES / CHECK OUT ANOTHER